The first level is the industrial level which is usually done by the water utility or the water supplier. This testing is either done by very sophisticated and expensive devices or through a long, involved process in which the water is tested for different types of contaminants.

Lead, arsenic, cadmium and other heavy metals are tested with a mass spectrometer. A mass spectrometer is a massive device that can cost millions of dollars and they are mostly found in big water laboratories. This water testing gives accurate results and each test costs a few dollars per test.

E. coli, salmonella and other pathogenic bacteria are tested by plating samples of water and waiting to see if there are colonies of bacteria growing in the sampled water. This test is performed routinely, even on a daily basis in almost any city or neighborhood and it takes usually 24 hours to know if there is something in the water.

Even though industrial water testing today is accurate, it suffers from some inherent problems that lead us to question the effectiveness of it:

The tests in almost 100% of the cases are done by the most biased entity - the water supplier and they have a very strong interest in telling the customers that their water is safe to drink. Not surprisingly,The Guardian found that about one third of American cities fake their water testing results.

Water changesover the course of the day so the water coming out of your tap is not the same water that wastested.

It takes at least 24 hours to detect pathogenic bacteria in your water and 36 hours on average and meanwhile you have been drinking contaminated water.

In many cases, the regulators allow the utility to supply bad water.

For all these reasons, people understand that if they don't test the water in their house, they won't know the quality of the water they are actually drinking - and that's how water testing kits, the second level, came to be.

Water testing kitsare also used in situations where no one is otherwise testing the water, for example in cases where the user is in a rural place on vacation and wants to test the water. In a slightly different example, the user could be a well owner that relies on just one unregulated water source and he wants well water testing.

There are several different types of water testing kits and while each one of them has pros they mainly have cons. The most significant problem is that, with all the above tests, the user does not drink the water he actually tested. All of the above testing methods touch the water and usually spike them with some chemical additives needed for the test. As we described above, the water that comes to you after a while could be a different quality entirely. If you test water from a river, for example, each cup will be of a different water quality so if you tested one cup of water the results are not relevant for the water that you will drink a few minutes later from the same river.

Now I will try to be more specific about each type of water testing kit technology.

Method: Today, the E. coli test for water is almost the same for professional lab testing and private users. The user takes a petri dish with the relevant medium and pours a little bit of water into the dish. Then the dish is placed in an incubator to set up optimal conditions for the bacteria to grow. After 24 -48 hours, the dish is taken out and the tester / user looks at the medium to see if there are colonies of bacteria on the dish. If the user sees the colonies of bacteria, he knows that the water is not safe to drink. Otherwise it should be safe to drink. Similar testscan be done with a fluorescent medium that is litwith UV light in order to see the colonies.

The problems with the exiting E. coli test kits are:

It takes too long to get results. The fact that you can only know what your water conditions were 24 hours later and that you kept drinking polluted water for a full day is not acceptable.

It costs between 5 USD (for a low level 48 hours kit) to 25 USD (fora high level 24 hours kit). The test costs more than the water you consumed which makes it not relevant for most people.

Bacterial life cycle is very short, especially with bleach in the water, so in most cases the test is not relevant for the time that you get the results.

You have one chance! If you had any problems with the dish, like if you added too much water or you didn't incubate it well, you need to start from scratch.

You have to practically be a biologist in order to do it right.

With the TestDrop Pro, you can test your water multiple times and it does not really cost you any money per test. The results that you get are very relevant and you will get them in 2 seconds.

Lead water testing became especially popular after the Flint, Michigan water contamination event when people realized they can't trust their water supplier to tell them the truth or to test their home water properly. It has also happened that the water at the source has low lead levels but high PH so the acid in the water leachesthe lead out of the pipes leading people to drink polluted water.

So people started to test for lead in their houses because they found that the water they were drinking was simply not the same water that the utility had tested. The most common lead test for home owners uses paper strips that change their color when they touchwater with lead. The color varies based on the level of contamination in the water, and the user can figure out if the water is good or not by comparing the color to a color chart on the package. 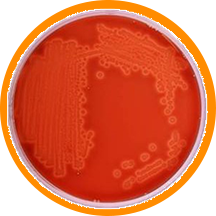 Users have found many problems with this type of test.

The colors never exactly match! The user always ends up guessing which color on the strip looks the most like the one on the package. This color matching leads to confusion and people end up just guessing what the lead level in their water is.

You can't use the water you tested. As we mentioned before, these kits have the same problem that you ruin your water by testing it.

In many cases, the user has to add a reagent to the water and he needs to be a chemist in order to test his water.

It is still expensive - usually about 5 USD per test.

It is not really built for field testing so it is not relevant for travelers. 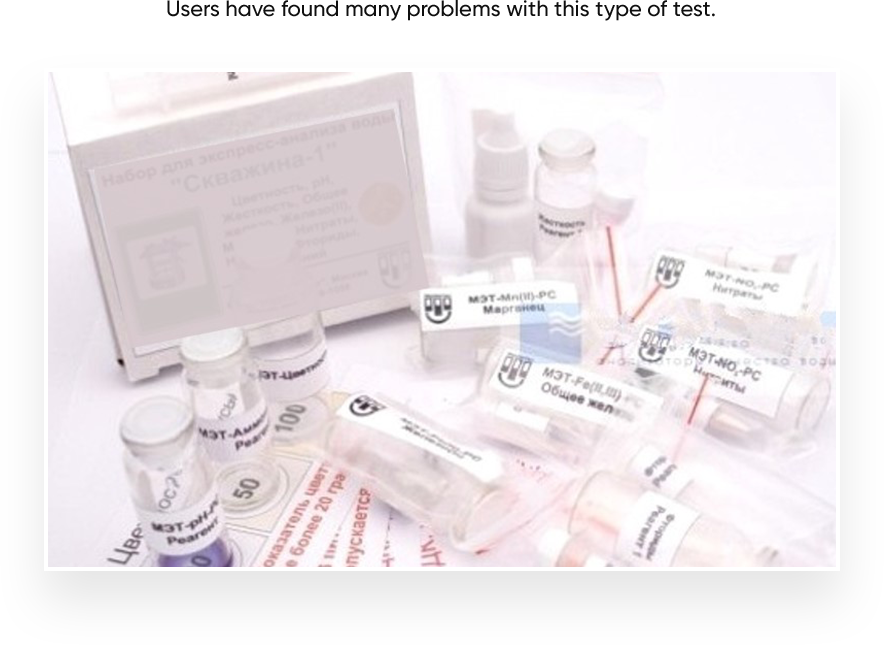 TDS meters test Total Dissolved Solids in water. The device contains two electrodes that, by clicking a button, transfer a low power signal from one to the other. If the water is ultra-pure (based on the water conductivity and the electrical signal that was measured in the second electrode), it calculates the TDS level which is usually presented as a number which reflects PPM or part per million.

The problem with TDS meters is that there is no correlation between the number on the screen and water quality. There are several problems with TDS meters but the main issue is that, even according to the manufacturers, it can not test bacteria, organic material or heavy metals.

So why are TDS meters so popular? It is a good question with a simple answer - just because of the filter manufacturers.

When filter manufacturers wanted to demonstrate their product, they needed an "objective" tool that could show their product'sefficacy so they came up with an idea. Unfiltered water ('before' water) will show a high TDS level and filtered water ('after' water) will always show a low TDS level because the filter's main job is to take minerals out of the water. The manufacturers started demonstrating this to their customers and they therefore had a strong interest to push it as the standard for water purity-While it helps them sell more filters, it means nothing about the quality of their products. 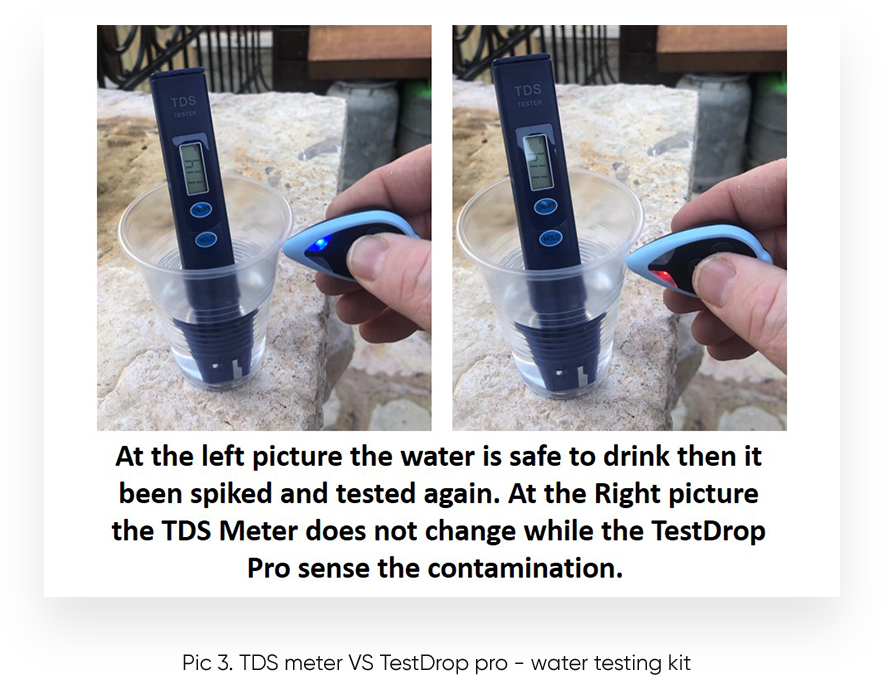 pH meters test the water acidity and give values between 0 (very acidic water) and 14 (very alkaline water). The test is relevant for natural water sources but is also used in private houses. pH meters test the acidity of the water and can predict the solubility of heavy metals into the water. The pH value does not predict contamination in water and the water is safe to drink at various levels of pH. Normal values for drinking water are between 6.5 to 8.5. Utilities track the pH levels to detect changes in the water that would indicate pollution scenarios but there is no correlation between pH level and water purity.

The old testing method suffer from significance problems that will not be changed due to the technology's limitations. The future of the testing will be less expensive and in real time and the only technology that enables it today is Lishtot's technology.