Lishtot is proud to announce that it has been named one of TIME Magazine's 2018 Genius Companies. This annual list was designed to feature businesses that are inventing the future and was assembled based on nominations from TIME's global network of editors and correspondents. We are especially honored to represent Israel on this list beside Amazon, Apple, Disney, and Nike. 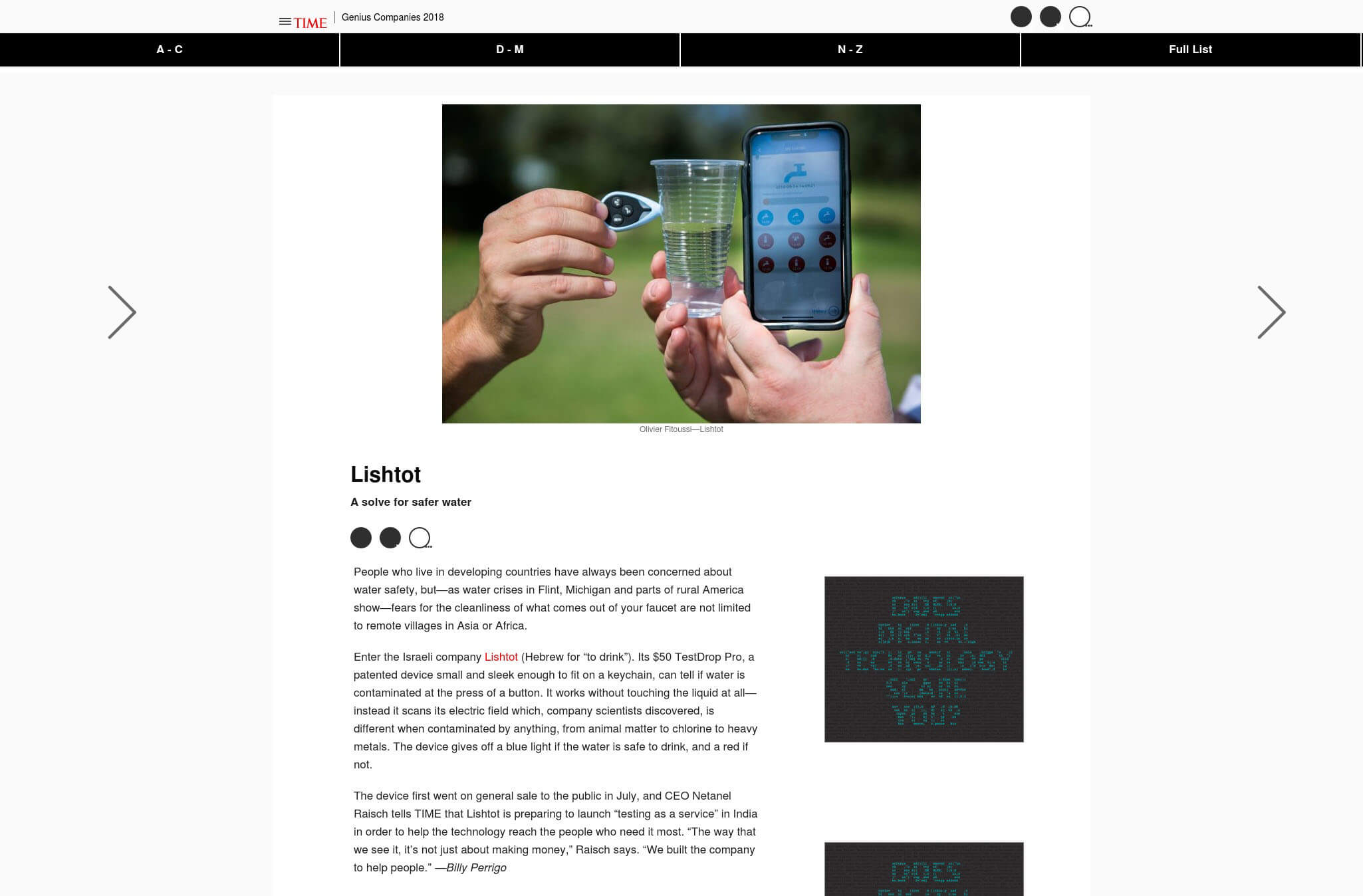