Lishtot Unveils the Find a Contamination Tool for Web & Mobile

Part of the motivation for this stems from Lishtot's primary mission of building a global water quality map to help track water quality around the world in real time. This is a big vision and will take some time to achieve, but the Find a Contamination tool is certainly a step in that direction.

Users can log in with an email address and based on the location of their device, see recent contamination events around them including boil water advisories, lead contaminations, arsenic contaminations, and chemical contaminations such as PFOS/PFOA which is increasingly being discovered around the US and Australia. Users can see the data displayed on a map, as well as in a list with information about the concentration of contaminant located and descriptions of the contaminant and the possible health effects on humans. 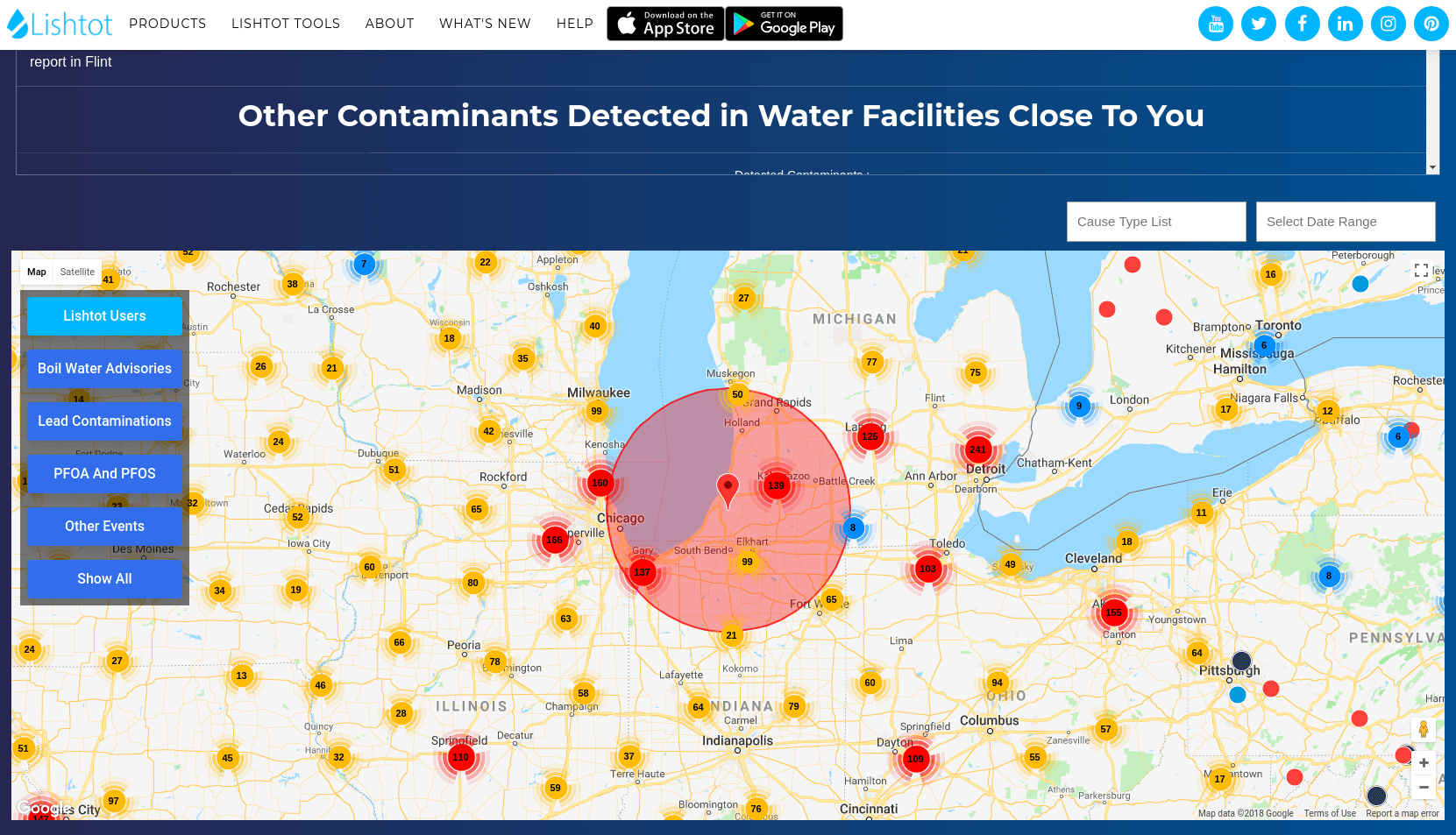 PFOS/PFOA is particularly nasty as it causes cancer and can stay in the body and the watershed for a long time. Customers are already noting that its useful to know how closely they may have been exposed to the chemicals in order to be on high alert for any symptoms associated with the chemicals' introduction into the body.

Boil Water Advisories are another contamination event that is helping users locate areas of potentially antiquated and faulty water infrastructure. There are boil water advisories every day in the United States that go completely untracked by any public or private authority. Lishtot has migrated its data from its efforts at www.boilwaterwatch.org to the Find a Contamination tool to automatically update and track every time there is a boil water advisory.

For lead, one of the most common and harmful water contamination issues in the United States today, Lishtot has data from a number of sources but over the coming months will strengthen this data even further. Currently the database displays data on reported lead contaminations which is useful to indicate potentially harmful piping areas. However, many lead contamination events go unreported because they are either not tested properly or at all. Lishtot is integrating further data including locations of lead service lines in as many places as it can find. This data will help users identify if they are in an area that is potentially at risk for lead contamination.

Finally, Lishtot is starting to integrate its own users' data into the find a contamination tool. The Lishtot TestDrop has the ability to detect contaminations of over 20 different contaminants including lead, Arsenic, PFOS/PFOA, and E. coli, which can lead to boil water advisories. The TestDrop connects to the Lishtot mobile app via Bluetooth and the test data is uploaded to the database where results from users' tests are starting to be displayed on the map. It is currently rough locations and results at the moment, partly because of privacy concerns, however as Lishtot makes its more advanced devices commercially available, the data will become more sophisticated and detailed.